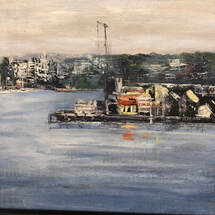 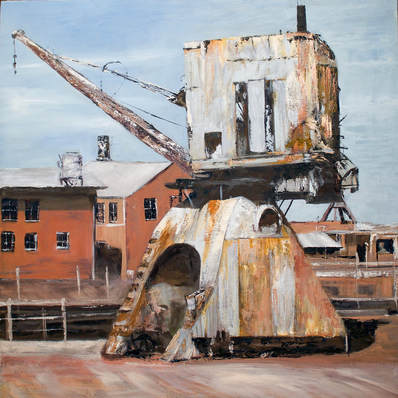 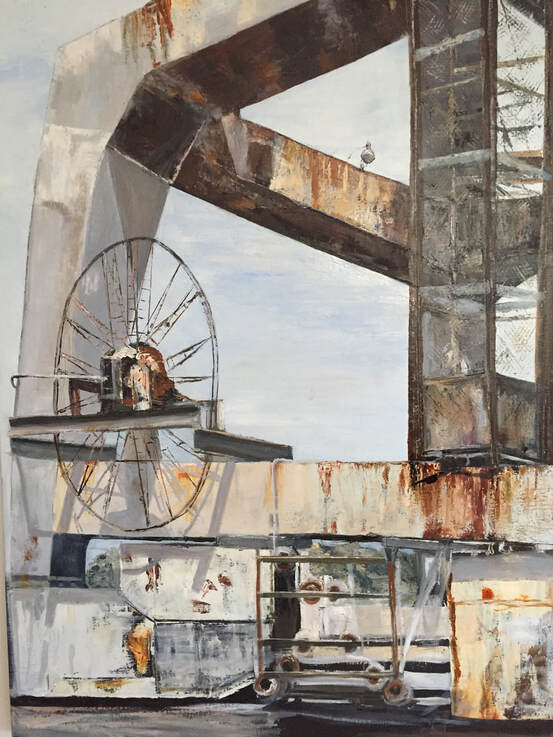 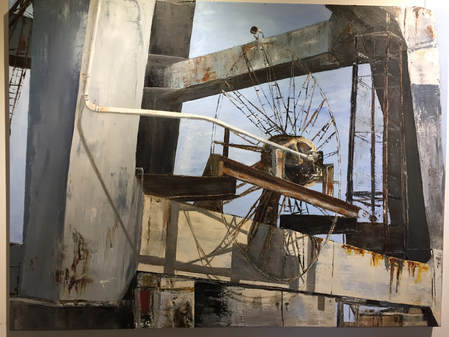 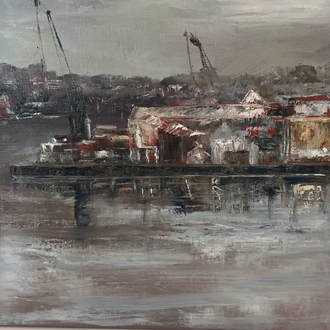 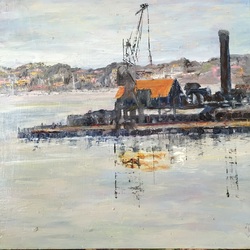 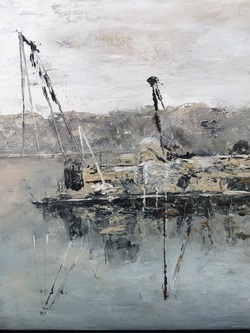 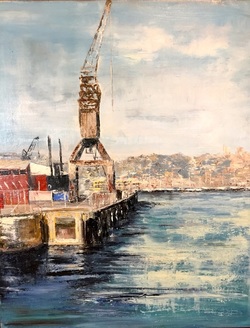 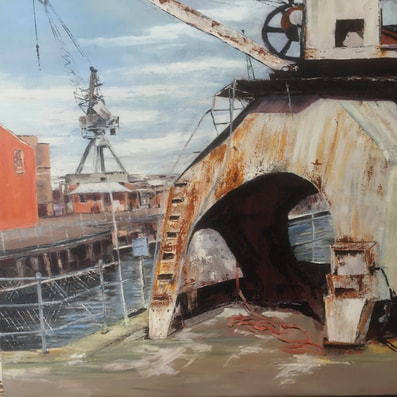 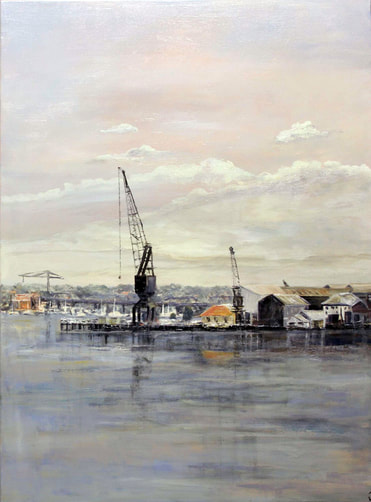 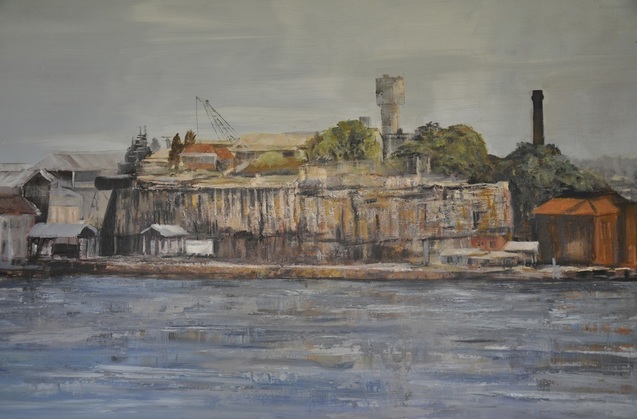 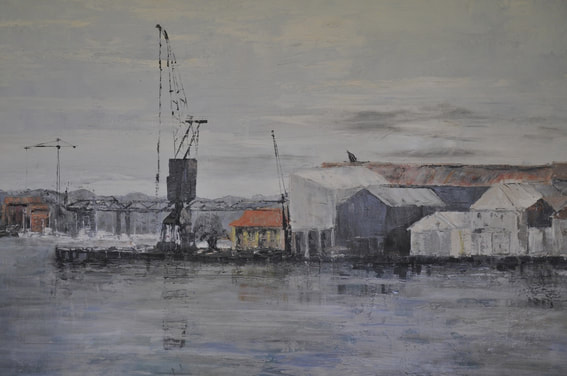 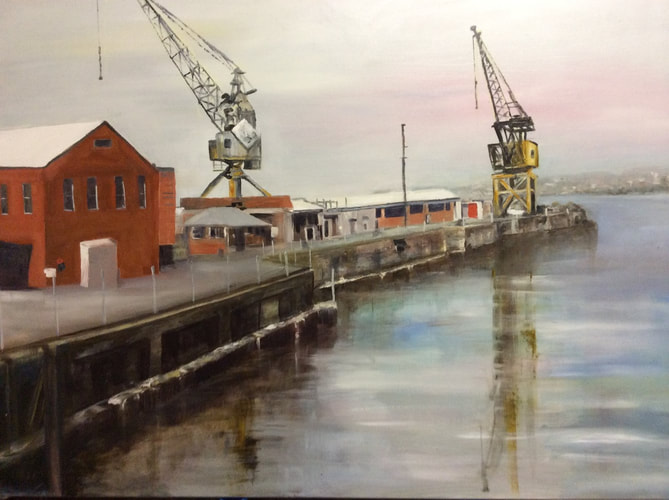 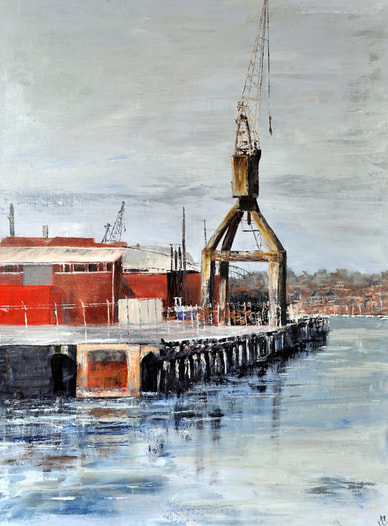 The Crane,Cockatoo Island No14 from a boat,oil on canvas. Selected Finalist in  2014 Paddington Art Prize
SOLD at " the other Art Fair     " Sydney NSW 2019
Cockatoo Island.
One of two paintings I did of  Cockatoo Island in 2010.
The other painting was a finalist in the Warringah Art prize in 2010 and was sold at the Exhibition. 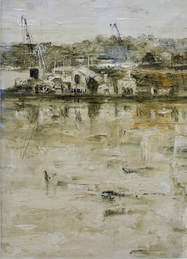